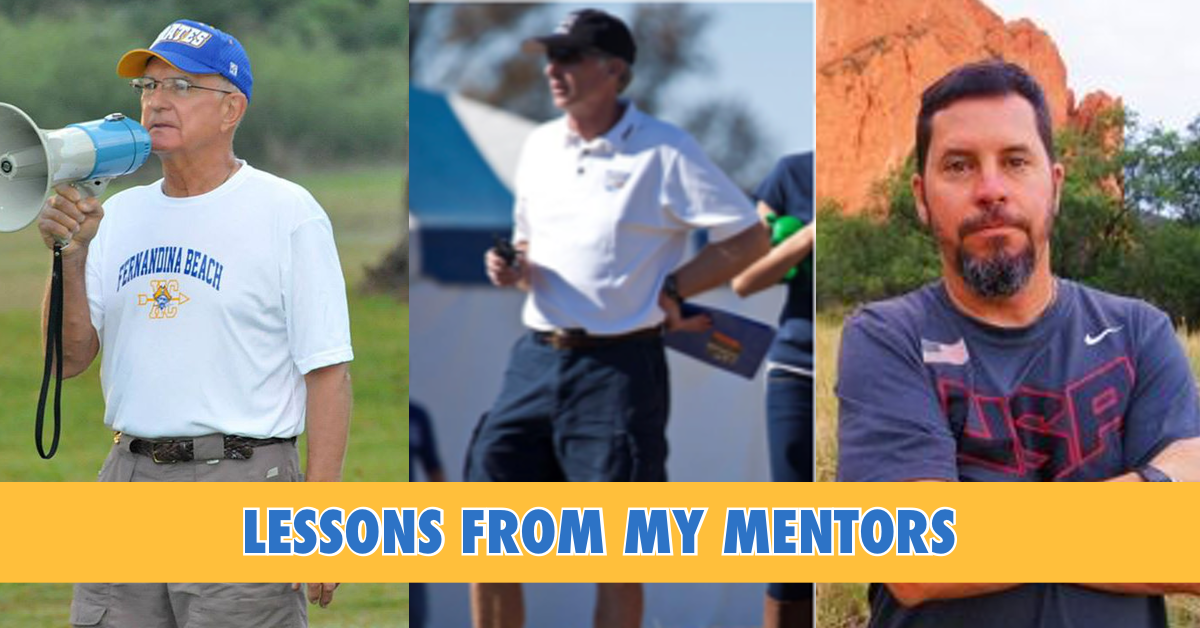 Lessons From My Mentors

There is no one “correct” way to train for distance races. Everyone has different strengths, weaknesses, likes, and dislikes, so the “best” training is going to differ. Because of that, I’ve always felt that a successful coach needs a big toolbox at their disposal to be able to match the training approach needed for the athlete.

My own toolbox has been filled over the years with ideas, philosophies, and techniques learned from dozens of coaches, exercise physiologists, strength coaches, health care providers, and runners that I’ve been fortunate to cross paths with. Learning a new and different spin on an old idea is one of my favorite things about talking with other runners and coaches. And every once in awhile I even come up with an original idea to throw into the mix.

But there are three people who have had an outsized impact on my coaching — my mentors for lack of a better word.

So here’s a shout out and thank you to them … as well as the one biggest takeaway I learned from each of them.

Coach Benson has worn many hats over the years — training guru, writer, legendary high school coach, and director of some of the best running camps in the country.

When I first moved to Atlanta, I was fortunate enough to have Coach Benson take an interest in me thanks to our connections through the Rocky Mountain Distance Summit. Over the course of many breakfasts and lunches, I was able to pick his brain on training and learn about the art of coaching — all before I started coaching myself.

His decades of experience were an incredible resource and I still marvel at the breadth and depth of training knowledge he has and his ability to know what each coaching situation called for. (Eventually his business experience would also come in handy as he was a big mentor in getting me started with personal coaching, as well.)

One lesson that I learned from Coach Benson that I use with every runner I coach has to do with the taper.

Benson’s belief is that when you’re tapering for a race, some people are going to respond really well to shorter, faster efforts (the “norm” when it comes to tapering). But there are other people for whom short, fast work is some of the hardest, most challenging, and least fun training there is — so how would that help them feel mentally and physically ready to race well?

Some runners need 'sharpening' during the taper, others need 'freshening'

For those runners, you need to “freshen” them up with some tempo work or other endurance-focused work that they are comfortable with.

That idea of “freshening vs. sharpening” became a staple of mine while I was at Emory and it’s an idea that I’ve carried through to my personal coaching — sometimes even combining the two approaches depending on the runner.

It’s been a great guiding principle any time I’m helping a runner through the taper and I think it has been a big help in giving the runners I coach confidence they are ready to run their best when they get to the start line.

One of the biggest was how to get Emory students — most of whom had very challenging academic course work, extracurriculars, and an active social life — to be able to handle the training load necessary to compete at a high level.

I don’t mind saying that in my first season at Emory (and first season coaching ever), I missed the mark badly. But over time I learned the value in Coach Curtin’s approach of coaching the whole individual. By that I mean not just looking at the training plan, but also being flexible to accommodate the other demands on their time and energy.

Focus on the whole person and not just the training

This is where my common refrain of “stress is stress” started to form. And Coach Curtin sharing his wisdom gained from years of experience working with overly stressed college students was a great primer for working with time-challenged adults.

That experience has certainly helped me value and appreciate the need for flexibility in a training plan and I know it makes for happier and healthier runners!

I’m actually having trouble remembering how I first met Scott. It may have been at a track meet where his team was also competing. Or it may have been at a running camp in New York where we were both speaking. Either way, a more-or-less chance meeting led to him being one of the biggest influences in the nuts and bolts of my training philosophy.

I’ve been very fortunate over the years that Scott has always been willing to take my calls, answer my emails, and be willing to meet up for a beer when we’re in the same city. And I know that the runners I coach have benefited as well.

There are many things in my coaching that I attribute to Scott (there are enough that it probably deserves its own blog post at some point), but from a training perspective probably the most influential is the idea of “teaching to the test.” Basically, the idea that you need to think primarily about what you need to be able to do on race day and train yourself to be able to do that rather than simply training to improve a nebulous sense of “fitness.”

This can lead to training plans that are deceptively simple and repetitive, but also makes them very effective and efficient once you’ve drilled down to the specifics of what needs to be included in the training.

I can confidently say I would not be the coach I am today without the input, guidance, and example of these three coaches — and I hope that the runners I coach can continue to benefit as much from the knowledge I’ve gain from them as I have!